The information in this guide is based upon the collective knowledge of our guild, Team iNstinct, that has dozens of members which have completed all 7 stages of the event to unlock 7* Yoda. With the second chance at completing the event right around the corner, I wrote this guide to help you complete your training and become a Grand Master! As Master Yoda says, “Do or do not, there is no try!”

Unlocking Yoda starts out with obtaining and upgrading 5 Jedi to participate in the event. If you are a F2P or low spending player, this means that you will need to plan ahead well before the event begins to farm and upgrade your Jedi to an acceptable level. Below is a summary of all the Jedi and their value in my opinion for the event:

Jedi NOT to Use: It needs to be mentioned that while I recommend not using these Jedi, I know of players that have beat the 7th stage of the Yoda event with nearly all of these characters, so it’s not impossible to do. In fact most of these characters are high risk / high reward, meaning that they have some really good aspects and some really bad aspects when fighting against Yoda.

Once you have obtained your five Jedi, you will want to upgrade their abilities to reach their power spikes (focusing on basic attacks and healing/survival abilities). You will also need to level them up to level 65+ and gear level 7+, preferably maxing each of your Jedi out. Yoda can hit for over 6k damage and takes multiple turns in between your turns, which means that you will need all of the levels and gear you can get.

“Grand Master Training is the path to the dark side. This training leads to fear. Fear leads to anger. Anger leads to hate. Hate leads to suffering.” Prepare to suffer. Yoda has 7 stages. Each stage is progressively more difficult. From the data mined information about the event, here is the progression for each stage (my interpretation in blue):

Basic strategy for the event is as follows:

With the right Jedi team, strategy and some luck you will prevail with a 7-star Yoda.

“the Force runs strong in your family. Pass on what you have learned.” -- Yoda 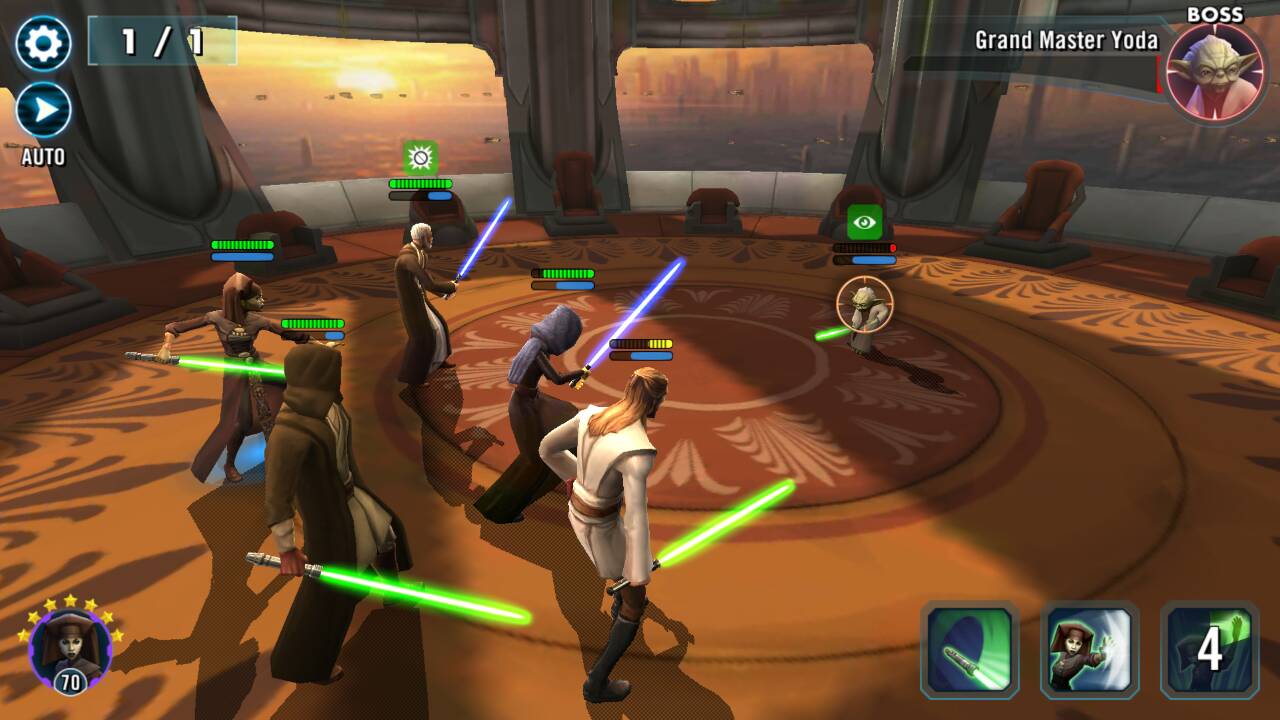 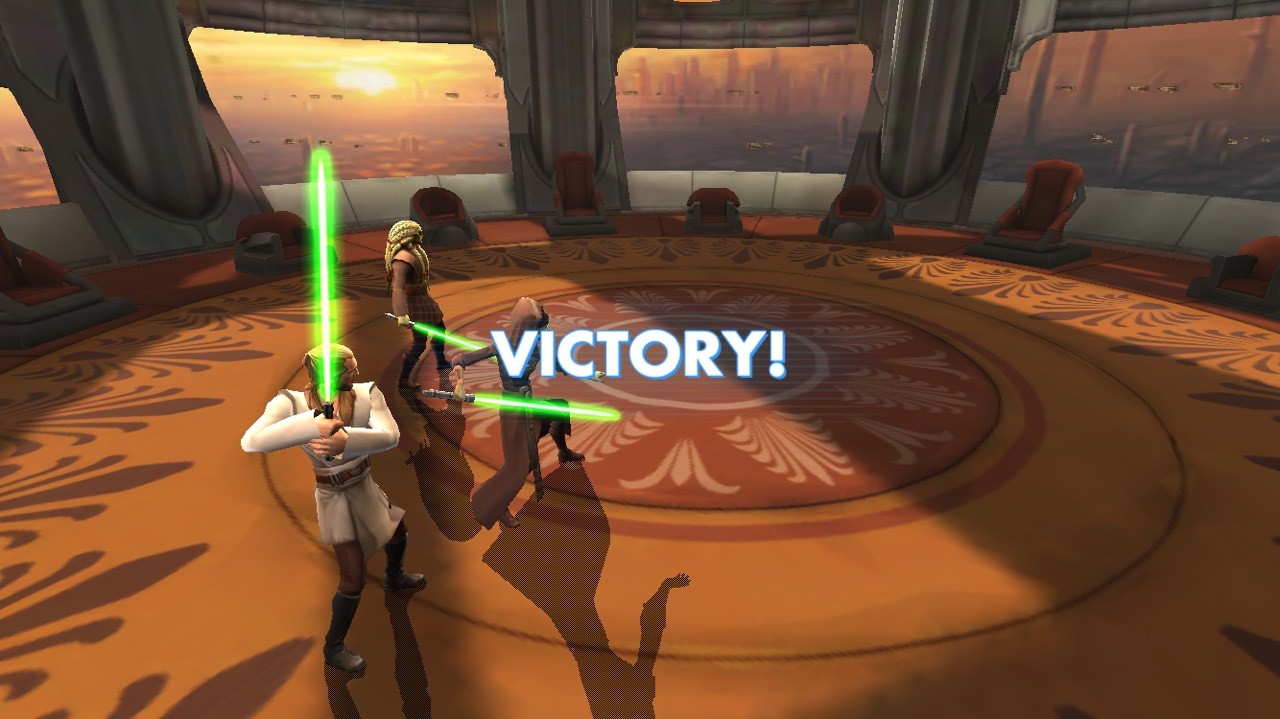